Jennifer Lawrence has dated several big names in the entertainment world. Starting from Nicholas Hoult, Chris Martin until Darren Aronofsky had been close to him. But now he surprised the public with his engagement with Cooke Maroney.

The name of J-Law’s fiance is of course foreign to us, because she is not from the entertainment world. Both of them have kept a good relationship secret since May 2018. Not many know who is the man who can win the heart of this Oscar-winning actress.

J-Law does not touch social media, this is one reason why the relationship has never been detected. But KapanLagi has summarized some facts about his relationship with Cooke Maroney.

J-Law and Cooke Maroney met shortly after she broke up with filmmaker Darren Aronofsky. J-Law was introduced by his close friend Laura Simpsons. Since it was introduced, they have indeed committed to stay away from public reach.

Only one we know, that Cooke Maroney does not work in the entertainment world. She comes from a family of farmers from the Vermont region. Cooke attended New York University. Now he is the art director at Gladstone Gallery in New York City. 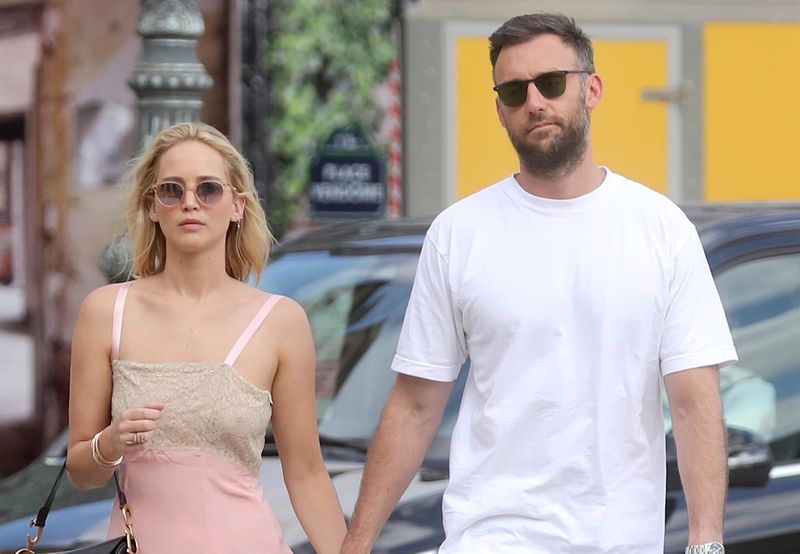 The Gallery, which was maintained by Cooke, holds a lot of high art works. Starting from the work of Carroll Dunham, Richard Prince, Anish Kapoor, to Matthew Barney.

As mentioned above, we know how high-profile J-Law’s ex-lover is. But it seems Maroney did not feel intimidated by the popularity of J-Law’s past men. The proof is that he attended the New York Film Festival at the premiere of THE FAVORITE, starring Nicholas Hoult.

“I’m friends with my exes. I have a theory, maybe because I’m outspoken. I don’t have a bad relationship with anyone if you are straightforward. Everyone knows how you feel and there is no lie, just honesty. Everyone is good each other. All (ex) of my lover are very extraordinary, “said Jennifer Lawrence when asked about her relationship reported by WTF With Marc Maron.